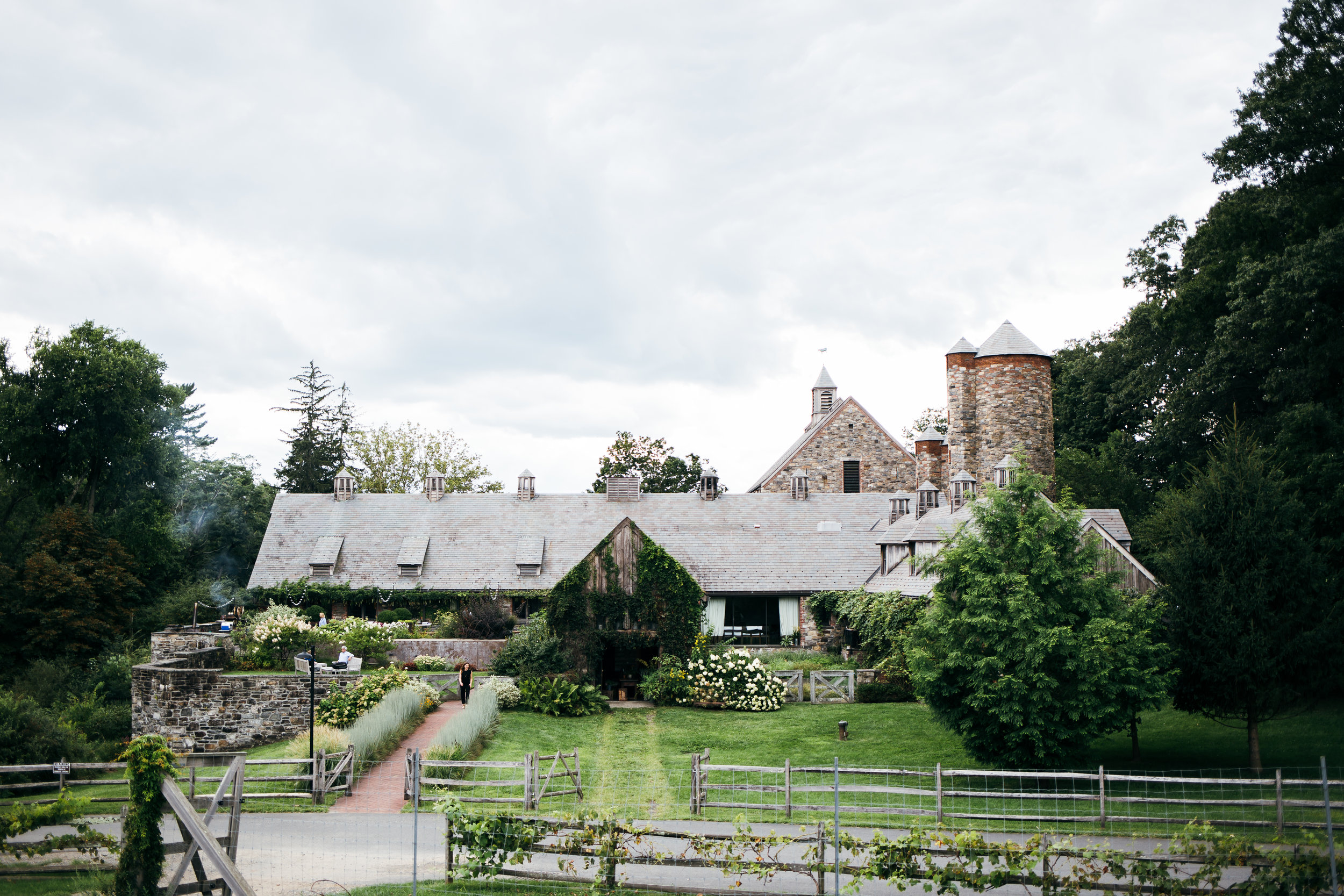 Blue Hill is the moniker for two restaurants, as well as the farm that inspired them. Co-owners Dan, David, and Laureen Barber named Blue Hill restaurant opened in 2000, for Blue Hill Farm, their 138-acre family farm in Great Barrington, Massachusetts. Blue Hill is beloved as one of New York's best restaurants. Located in a townhouse in Greenwich Village just off of Washington Square, this urbane paean to farm-to-table gastronomy belies its location as once a boisterous speakeasy.

Co-owner and Executive Chef Dan Barber's menu highlights carefully curated, locally sourced ingredients, mostly from Stone Barns Center for Food and Agriculture, near Tarrytown, New York, as well as their family farm in Massachusetts. Artfully presented vegetable and fruit dishes just brought in from the farms are served along with seafood and meat from local producers. Guests choose from a four-course "Tasting Menu" ($95), or the "Farmer's Feast" ($108), a six-course tasting inspired by the week's harvest. To educate guests about food sources, servers passionately detail the provenance of each ingredient. The wine list offers far-ranging selections from artisanal vineyards as far away as Australia and as close by as Long Island's North Fork.

Besides the food, the draw here is co-owner and Executive Chef Dan Barber's notable credentials: he's one of the world's leading food writers, the author of The Third Plate, Field Notes on the Future of Food and he served on President Barack Obama's Council on Physical Fitness, Sports and Nutrition. He's the recipient of several James Beard Awards, including Best Chef NYC (2006), and the country's Outstanding Chef (2009).

In 2004, Chef Barber created his second restaurant, Blue Hill at Stone Barns near Tarrytown, New York. The restaurant is set within the Stone Barns Center for Food and Agriculture in bucolic Pocantico Hills. Yet it's much more than a restaurant. Founded by David Rockefeller, the not-for-profit agricultural center fosters education about community-based farming. The Barbers helped to create the center's framework and promote its mission to expand conscious food choices. There are no menus here—guests are served a prix fixe, $258 multi-taste feast featuring Dan Barber's selections from local fields and markets (exclusive of beverage, tax, and a 20% administrative fee, since tipping has been done away with). A $168 wine pairing is also available.

Dan Barber works with local growers and animal breeders to support sustainability and land preservation. Under his guidance, Stone Barns Center has evolved into a laboratory and laboratory, working with some of the finest farmers on the planet to blueprint a sustainable future of agriculture. It's an inspiring goal, and it's changing the way we look at food.